Lent Day 5 - Resolve to Inquire of the Lord

"Alarmed, Jehoshaphat resolved to inquire of the Lord,
and he proclaimed a fast for all Judah. The people of Judah
came together to seek help from the Lord; indeed, they
came from every town in Judah to seek him...
'we have no power to face this vast army that is attacking us. We do not
know what to do but our eyes are upon you.'" 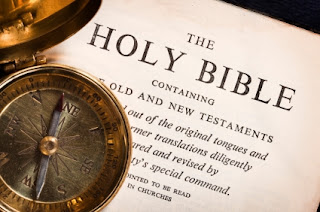 King Jehoshaphat, when faced with an imminent attack by the Moabites and Ammonites did not have a clue what to do. He did not have the strength to face the attack and defeat the invading armies. Here is what he did.
Verse 13 says that all the men of Judah were there with their wives and children. Not only did Jehoshaphat set an example for his people,  parents set an example for their children and involved them in this time of seeking and waiting for God.
God was there waiting and listening to their petitions. His answer was this:
The weapon of their warfare was praise. Read the rest of this chapter. In verse 21 Jehoshaphat appointed men whose sole responsibility was to go out before the army of God singing and praising God: "Give thanks to the Lord, for his love endures forever."
Verse 22 tells us that as they were singing and praising, God was fighting the battle for them.
Life is full of spiritual battles. In fact, life IS a spiritual battle. Every day there is a battle between the forces of God and the army of Satan. We know who has already won, but sometimes we still must fight. Sometimes we need to take up our positions, stand firm and see the deliverance of God. Always, though, we must inquire of the Lord.
Jehoshaphat was a godly king and a good leader. He knew that waiting on God and seeking his will were not signs of weakness, but an acknowledgement of God's rightful position - and his - in battle.
Whatever struggle you face, no matter how devastating, hopeless, or terrifying it may seem, it cannot defeat you if you will put it in it's proper place. Even death does not win against Jesus. Not ever.
Read the rest of the chapter. Because of Jehoshaphat's obedience and his faith: "the fear of God came upon all the kingdoms of the countries when they heard how the Lord had fought against the enemies of Israel."
What a testimony! We have seen God's hand in the lives of Steve Cartwright and Tracy Wierman. Two different outcomes, but victory in both just the same. If you attended Tracy's funeral you know the praise and glory given to God for his faithfulness and we can never know all the ways God will continue to use her influence and the trust and faithfulness of her family to change lives and point people to Jesus.
Whatever battle you face, whether anyone else knows or not, resolve to inquire of the Lord. Admit, like Jehoshaphat that you have no power over this fight, and that you do not know what to do. Then turn your eyes on him, wait for him, praise him, trust him. Gather people around you to pray for you and with you, who will stand with you before him. Remember God's place in the battle - and yours!
If you know of someone who is struggling, stand with them in prayer before the Lord. Whether they know it or not, God knows, and he honors the prayers of his children. There is power in prayer, individually and collectively. God waits to answer. What do you need to ask of him today?
I have prayed for you today.
Sherri
Posted by Sherri at 12:01 AM

Email ThisBlogThis!Share to TwitterShare to FacebookShare to Pinterest
Labels: Lent