The Quiet Satisfaction of Living a Dream 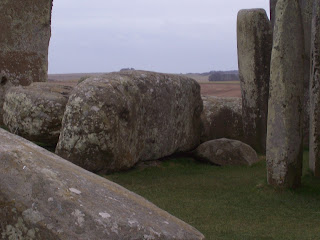 In 2009 Jeff and I traveled to England and Scotland. It was a perfect trip!

I took this picture from inside the stone circle at Stonehenge, something you can only do now as part of a tour group. My wonderful husband set up the tour for us because he knew I couldn't get that close to this famous historical place and not go. He knew that because I mentioned it once or twice. Or maybe a few dozen times. Whatever - he knows how to take a not so subtle hint!

From his perspective it's just a bunch of big rocks that don't do anything, and haven't done anything for thousands of years. For me, it's a place of mystery and wonder. I walked around the circle and touched every rock. I have a picture of each one. I stood and listened as our wonderful guide, James, talked about the people who created it and how it was used.

I daydreamed about time travel and what it would be like to walk between two of those stones and be transported back in time - just for a little while - to witness the actual history of this place and its people.

There was a quiet satisfaction in being there for a short time. No big fanfare. No parades and music. Just a moment of wonder and awe and connection with God. I always feel that when I'm in an ancient place. The God who reigned when Stonehenge was created already knew me - everything about me. He was waiting for me to get here so he could begin to fulfill his purpose in me and allow me to have a small part in his master plan.

I feel that same quiet satisfaction as I publish my first book. It is a dream, accomplished without fanfare but so special in my heart. It makes me thankful and in awe of what God can do with me.

With you. What is your dream? Are you allowing God to work it out in you? Don't wait to be perfect. God shows his best work when he uses imperfect people - that would be you and me - to fulfill his plan. 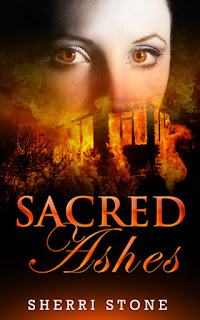 Sacred Ashes is just a story, but God allowed me to tell it in my own way. It was the fulfillment of a dream for me, and I have entrusted it to him to use as he sees fit.

There is always a quiet satisfaction in realizing a dream, and the great thing is it energizes you to move ahead to the next one. God will never run out of things for you to do. Are you ready? Are you willing?

Thanks for sharing a bit of my dream.

Posted by Sherri at 9:55 AM No comments:

Countdown to May 21st Launch Day! 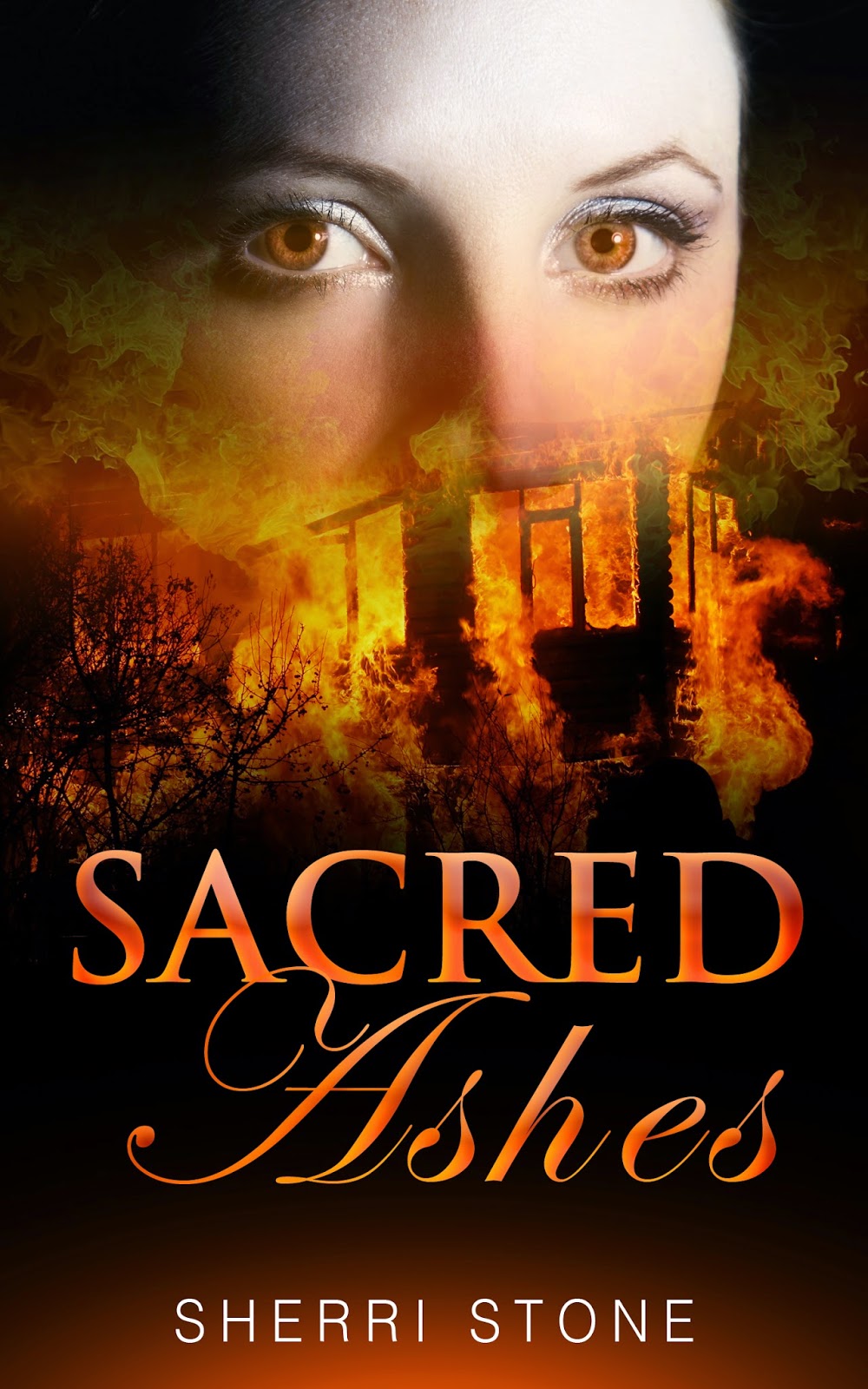 The rustic windows of Dani LaClere's rented beach cottage stood open in invitation to the night breeze, tangy with salt and secrets of the sea. A shadow glided along the balcony on the street side, protected from moonlight, one with the night. It reached the window and poured into the cottage like primordial ooze. Silent and deadly.
He stood for a moment, listening for any sign that she was awake, but the sound of the surf gently pounding the shore kept him from hearing anything. With the flick of a finger the cottage came to life in the eerie, green glow of night vision goggles. Dani's world. He began to explore.
A small vase on the coffee table overflowed with flowers he couldn't identify. Books stacked in careless piles gave testimony to her favorite pastime. A tote bag waited by the door, bulging with towels, bottled water, suntan lotion and chocolate. The room was neat in a carefree, lived-in sort of way.
He continued to the corner that held a tiny kitchen. A bag of cookies sat on the counter and he helped himself to a handful as he headed for her room. He moved like a ghost across the sisal rug to the doorway of her bedroom where he stood and watched her sleep. Two steps would bring him to her bedside. He was tempted. His hands clenched in barely controlled agitation. All of the sneaking around fed his frustration. He was a man of action. Hands on. Yeah, he wanted hands on her. Right now. A small growl of frustration escaped him. Tonight he was only permitted to watch and record.
He pulled out his camera and started to record while another scenario played in his head. The one where he killed her. It wouldn't be so hard. She wasn't very big – average height from what he could tell. He pictured his hands around her throat. Or maybe he would wrap that long brown hair around and around, pulling it tight until she stopped breathing.
Suddenly he heard his own breathing, quick and ragged, above the sounds of the waves and forced himself to slow it down. He couldn't afford to make a mistake. A few more minutes and he would slip out into the night. She stirred restlessly and he held his breath.
Don't wake up yet, Dani. If I have to kill you tonight I'll be in so much trouble.
A quiet giggle slipped out and he caught his breath and stared at Dani, willing her to stay asleep in spite of the noises he made. He closed his eyes and breathed deeply for a moment to regain some control. Killing her would be nice. It would be even better after they tormented her for a while.
He clicked off the recorder and stepped gingerly toward the window in the main room. Three steps away from the doorway he froze. Her breathing changed abruptly. She was awake. He slid into a small niche between the wall and the entertainment center and prepared to wait. She would sleep again. There were hours yet until daylight.
He flipped open the video screen and played back the recording without sound. So close. What a rush. Impatient as he was, it would be fun to play with her for a while. They could only kill her once.

Well, having the official cover makes it seem real and so close to coming together! I hope you like it. To everyone who voted and commented - Thank you!!
I have a little more polishing, then the formatting and this baby will be ready for birthing. Thanks for stopping by. I hope you've enjoyed this sneak peek. I'll keep you posted.

Posted by Sherri at 7:07 PM No comments:

Another Step Closer to Publication

EVER WONDER WHAT TAKES ME SO LONG TO GET READY TO PUBLISH?

Mostly it's fear - and the cycle you see to the right. 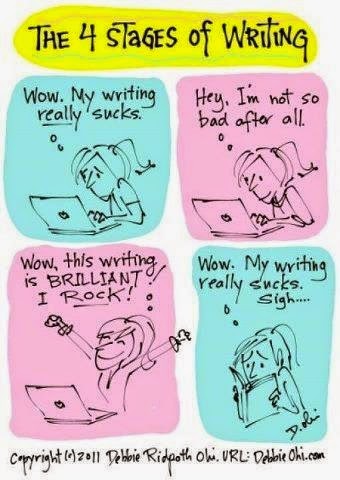 It's exhausting! But here's the thing...

it's a dream God put in my heart and he's opened doors for the past five years to bring me to where I am today. He didn't do that for me to be paralyzed by fear. He's given me stories to tell so I believe there is someone out there who will not just be entertained by them - although I do hope they're enjoyable - but will also meet God in a new way and realize how much he loves them. He'll get my stories into the hands and hearts of those who need to hear them.

So let me just say a HUGE  "thank you" to all of you for your support, encouragement, enthusiasm, and prayer. It's inspiring and humbling and it has kept me moving - some days, in spite of myself.

I have a company working on a book cover for Sacred Ashes. It will take about a week for several designers to submit their ideas. Once I have a group that I can narrow down to 6-8 possibilities I'm going to give you an opportunity to vote on your favorite one.

So, here's what I need you to do... just to the right of this post is a place for you to enter your email address. Please do that for me. It will help me to let you know when and where to vote. It will also sign you up to receive any special announcements as they are appropriate.

I promise I will NOT send a deluge of email your way nor will I give your email address to anyone else. It's a spam free zone here.

Re-writes are almost complete. Once a cover design is selected I will be posting a sneak preview of chapter one.

Can actual publication be far behind???

Thank you for hanging in there with me. Please continue to pray for me as I finish rewrites and learn how to format for publication. It's kind of a geek thing and I'm so very techno-challenged.

Most of all, though, it's a God thing. Where he leads, he provides. Always.

I love and appreciate you all!!

Illustration above "Used with permission from Debbie Ridpath Ohi at Inkygirl.com."

The Best New Start All Year 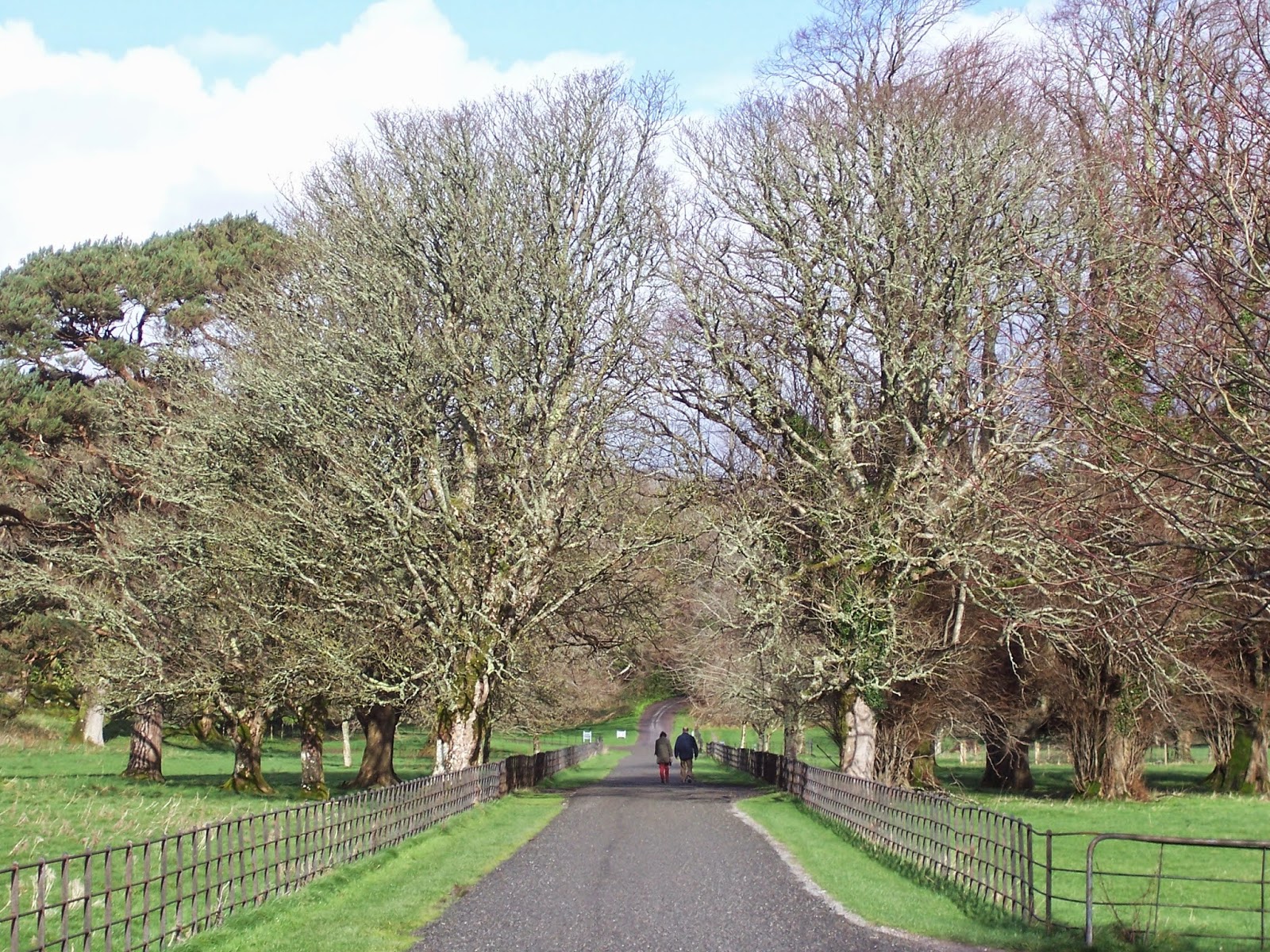 I love new starts, don't you? It's why we start diets on Mondays and why we make resolutions that start on New Year's Day. It's why birthdays are significant and why the first of every month is a new chance to live by that new budget we made up.

God is the master of new beginnings. He is the maker of the new creature we've become. He is the giver of second chances - and third, and fourth...

All things are new in him and his mercies are new every morning. Every hour if we need them. We don't have to wait for January 1 or our birthdays, or next Monday. It starts right now.

Why don't resolutions work? I think the main reason is that we can't maintain the perfection of a well-crafted list of them. Sooner or later - and it's usually sooner - we mess up.

What we need to consider is that the destination is not important - the journey is what shapes us, challenges us, refines us. We can't do it alone.

God has plans for you this year (Jeremiah 29:11), and you can bet they are awesome plans. You can also count on them taking you way out of your comfort zone into uncharted territory.

I want to step into that this year, don't you? I don't want to let fear stop me. I want to meet God in the morning when his mercies are new. I want to take his hand and walk with him in that place that has no explanation beyond "look what God has done!"

My prayer for us this year is that we know God more intimately, walk with him more closely, serve him more faithfully, and experience his will for us more abundantly than ever before.

I am praying for you.

Sherri
Posted by Sherri at 11:16 AM No comments: